The Robinson International Studies Award was established to assist students who want to complete an International Educational Experience at the Christian Medical College in Vellore, India.

Robinson was awarded the title of Distinguished Professor and appointed as director of the Gene and Barbara Burnett Burn Center in 1973 and he served as vice chancellor for clinical affairs and chief of staff from 1974-1979.

From 1975-1976 he served as acting executive vice chancellor. In 1984 he became an Honorary Medical Alumnus, and in 1985, he was appointed as University Distinguished Professor Emeritus. Dr. Robinson died in 2003.

In 1961, Dr. Mani M. Mani was an aspiring young physician in India. While training under the renowned Dr. Paul Wilson Brand - a pioneer in leprosy surgery - Dr. Mani crossed paths with Dr. David Robinson. That fateful meeting would set into motion decades of partnership and innovation.

"I got a letter from Dr. Robinson in 1968 urging me to come to the University of Kansas Medical Center. I completed a residency at KU and returned to India. I was named full professor and had every intention of staying in India," Dr. Mani said.

Instead, Dr. Robinson persuaded Dr. Mani to return to KU Medical Center, and in 1974, he became the medical director of the Gene and Barbara Burnett Burn Center. Dr. Mani began establishing burn care protocols, and in the years that followed, that burn protocol also became a standard of care in many parts of the United States and abroad, including Malaysia, Australia and Kyrgyzstan, and now India. He also played a pivotal role in American Burn Association's burn care education efforts around the world. Today, Dr. Mani is retired but remains active as an adviser to Robinson Scholars, among his other endeavors.

To be able to watch the video, please sign in with your KU Medical Center credentials.

We would like to highlight the Robinson International Studies Award Recipients. 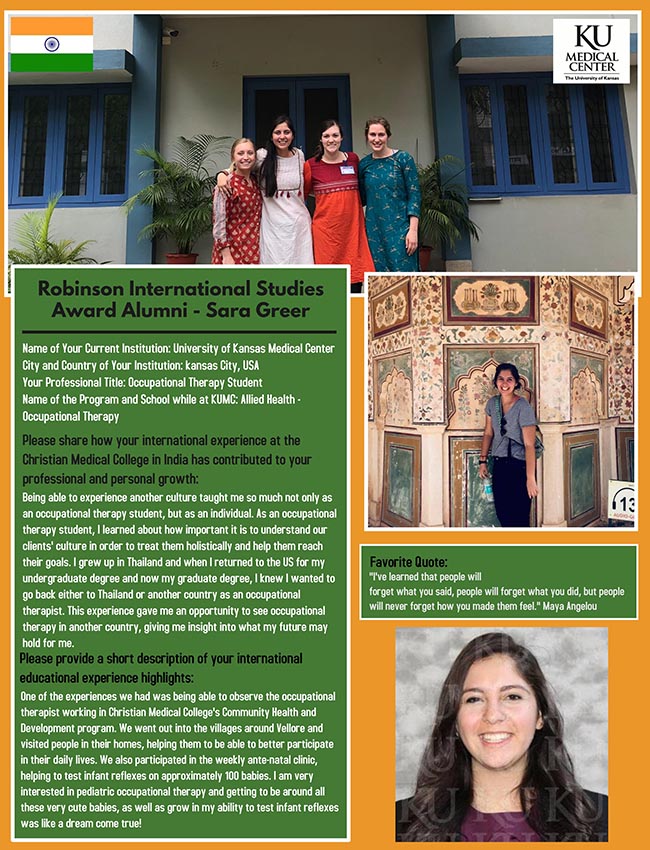 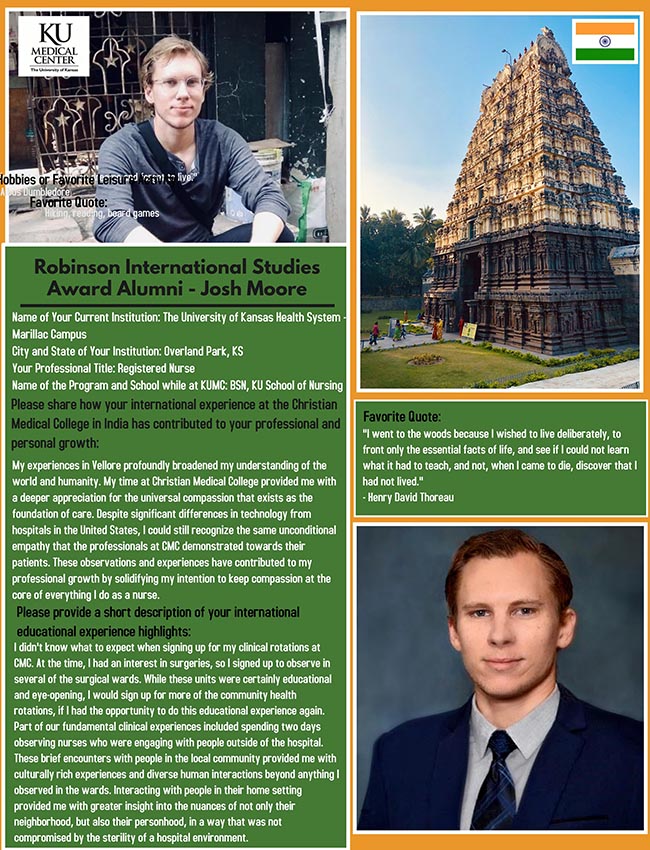 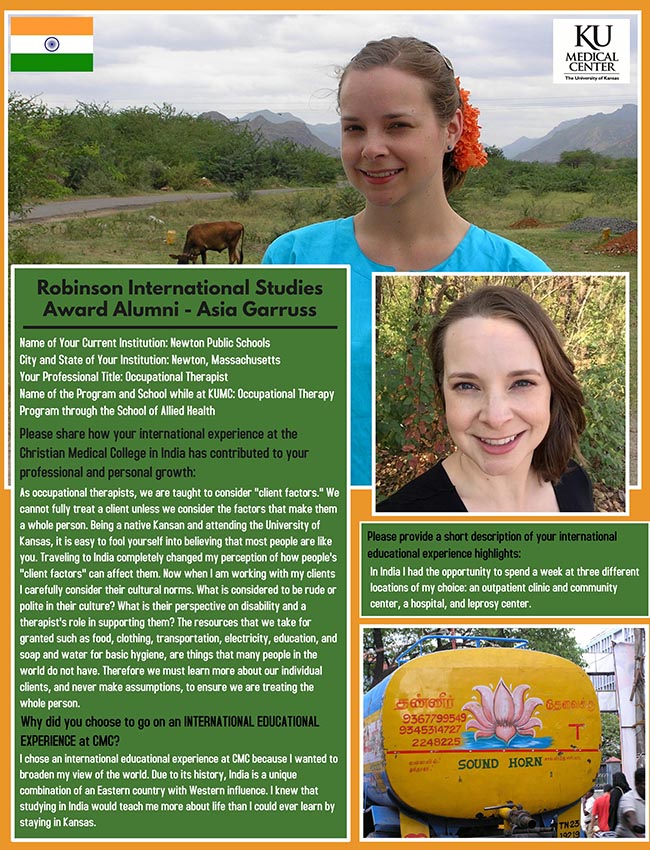 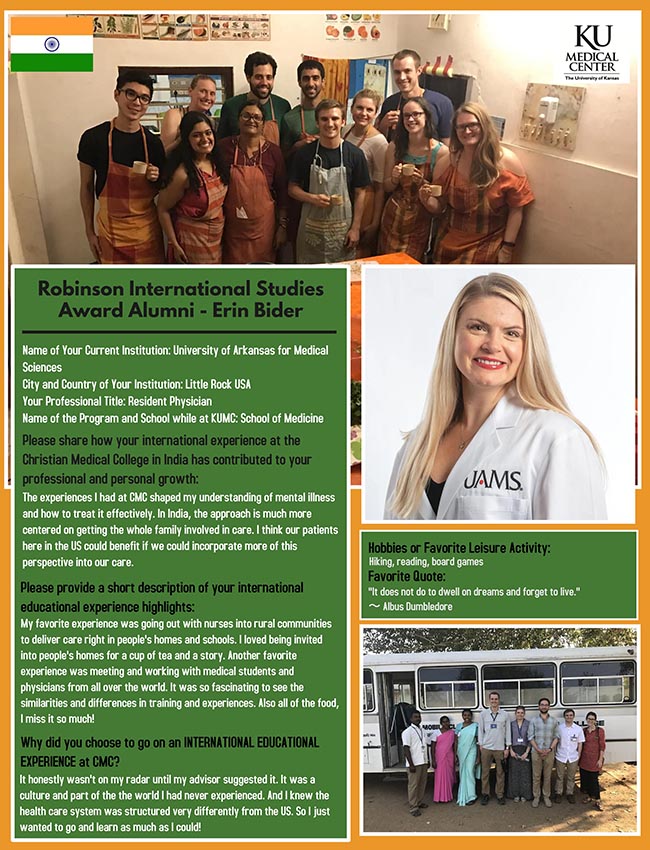 We use cookies to analyze our traffic & provide social media features. Visit the KU Medical Center Privacy Statement for more information. By closing this window & browsing this site, you agree to our use of cookies.